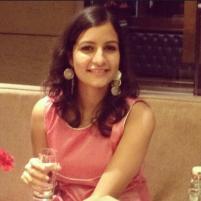 Tania (Tanu) says:
He is the best BigB in the world and I love him.
(no further explanations required)… 🙂

My Take on Tanu:

“Sometimes people come to your life
and you know rite away they were meant to be there…
When you lock eyes with them, you know that very moment
that they will affect your life in some profound way“

Thats the strange feeling I had when I met Tanu years ago. And today when I look back, it makes a whole lot of sense. Cute, super cool (Doctor calls her “The Future of CQ”), smart, friendly & with a very noticeable positive outlook to everything in life – Tanu occupies a very special place in my heart! We have had some wonderful times in Kolkata, Bangalore and beyond.

Heyiii Tanu – your “BigB” is always there for you & is really lucky to have a lil’ sis like you.

“There’s something about us,
Lets keep it moving…
Coz I really wanna Rock with you,
I’m feeling some connexions to the things you do…”

Sagar says:
I certainly disagree with Kalyan’s view on Piyal. Looks can be and are deceptive. Piyal might look clumsy in his slang attire, but the truth is that I have always admired him for his chiseled mannerisms. And if you thought who had this satirical thought, let me tell you she is my Mom! That was when he came over to my house. Well the rest has been well said by both Kalyan and Dahlia, and I guess I don’t need to elaborate on it further. Each word of their testimonials are true and by God who knows it better than I do!

My Take on Sagar:
I have never seen a guy so Candid and Forthright as Sagar in all my life!!! Sagar will shoot you point-blank but you should always know that he is doing it for your own good…
There is a strange “Genuine” feel with Sagar, something that is missing in 99% of the people in this world – This one quality makes this guy one-of-a-kind or simply EXCEPTIONAL! Of course, apart from this, He’s great fun to be with, pretty dedicated about his work (like his father with whom I share a special relationship!!!) & one helluva friend – one I’ll cherish 4ever… 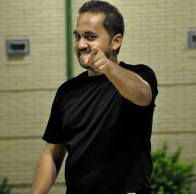 Saptarshi says:
Piyal… The GR8 1, I feel lack of words to write about him. I don’t think any word in the dictionary can describe him. An irritating character whom you can’t ignore, a disgusting person with the biggest heart you’ll ever find, an intolerable person with so much of affection and care! Really he is a GR8 1! I think I’ve been victimized by him more than anybody else, still I feel he’s one of the most beautiful persons I’ve come across. Believe me right now I’ve tears in my eyes to feel that within a few days the distance between the two of us will be a few hundred miles. I think I’m going miss him the most. Good luck to Piyal and I wish him all the success in his life.

My Take on Saptarshi:
Look at this comedian superstar – His awesome caricatures are a feast for anybody who’s watching them. As close friends of his, we were real lucky for all the food for fun he provided us
Now take a look at the testi he has written for me – it clearly manifests an emotional person who thinks so much about his friends. I have often created fun at his expense but heyiiii Saptarshi, that was because you were too good (take the word “good” in any way you want – it fits !). I think the Saptarshi that I see today is much evolved from the one I knew in college, and I am proud to see that. He is indeed the very best!

Dibyendu says:
The very first thing noticeable about Piyal is his great sense of humour ….. he can make you laugh at any situation. He is stupendously energetic and can really blow anyone’s mind with his bombastic thoughts. It is his charismatic attitude that makes a distinct identity for him. His friendly nature is also worth of mentioning here. He is always there when somebody needs help, never lets anyone down.
Over these years I have noticed that Piyal has improved a lot on the ‘proper positioning of his trousers’ but I think he still needs to look upon in two specific things… his ‘hand writing’ n his ‘water bottle’.

My Take on Dibyendu:
If we make a poll on “Who’s the most handsome guy you see in this website?”, Dibyendu will surely bag a lion’s share of votes. He is “Ramp Walk” stuff !
Apart from all that, a cool guy and a very good friend of mine, over the years…

Sayak (Gabbie) says:
If I look back at my early acquaintances with Piyal, I would remember him as the tall, gawky chap with ill-fitting shirts and an impish grin. He went on to become the CR of our section, and earned the dubious reputation of collecting money for photocopies which seldom made their way to the people who had paid for it. Even though our paths rarely crossed during the first 3 years at IEM, Piyal came to be known as one of the more colorful characters that frequented one particular “white-house” in Sector 5 those days.

If I recall correctly, we again started interacting regularly during our CAT preparations – discussing strategies and trading tricks we learned at our coaching classes. We had our fair share of lunchtime excursions, where Piyal hardly ever passed up a chance to demonstrate the stingy side of his character – as a matter of fact he had earned a reputation for terrorizing bus conductors and vendors in and around Sector 5 with his unique bargaining skills.

CCD says “a lot can happen over coffee” … but then, we would have never imagined that at P-junction in lake town a whole lot cud happen over doi-n-lichu (if sources are to be believed) … if that was a bolt out of the blue, what cud one say about the famous treat at Sabeer? Breaking off all the notions that the entire IEM janta had about Piyal .. it is one of the lasting memories of my final few days at IEM. (even though I must admit, that till date, the occasion for the treat remains a mystery)

Piyal always strives to maintain an ambit of coolness bout him, or CQ as he might like to say … but the man behind the mask is quite different – thoughtful, intense, sensitive, demure. The past 2 years have brought both of us much closer to each other – and in retrospect, I have discovered a person who I never knew existed. A caring n helping friend, he is one guy I would always back to entertain the weirdest of requests at the oddest of hours … n thatz why he will always be on the speed-dial of my cell phone!

My Take on Gabbie:
It seems strange to write about an individual who is no more with us. But somehow Gabbie (as we loved to know him) commands a unique level of respect even today when I think of him. I personally feel that we all have roles to play before we take the cue to depart, and this amazing personality played his as well as I could imagine.

With his heavily set frame emanating an aristocratic touch, you would have stopped for a moment in awe when you first look at this guy! You may have even been a little scared by him… You would have been even more awed when you hear him talk – Somehow each word uttered by him had so much gravity… I guess I would have to use the phrase “aristocratic touch” once more!
I was acquainted with Gabbie during my 4-year stint@IEM though unfortunately I didn’t have the privilege to know him closely till the end of IEM… From there on, we picked up well: A fellow-sufferer at a competing B-School in NCR region away from our favorite Kolkata, we developed an even better kinship than the IEM phase… and… Let me not even go into further details.
One of the most Mature, Cool and Harmless guys I have ever known – A person who does make a friend like me proud! I wish I end up being a man as good as him, so that one day I can see him again…