Kinkini says:
P I Y A L…  the entertainment package of our class… makes us all laugh with his clownish ways, quick-witted humour, presence of mind, mundane pranks; and still manages to remain so near to our hearts, so dear to us all…

True. – as he declares himself— “the gr8 one”…
hmmmm… gr8 one.. that he indeed is..
a grrr888 friend one could ever have in his lifetime…
Thanx Piyal..
Thanx a llloottt for being my friend…

My Take on Kinkini:
She was the “Style-Icon” of our college:
A pretty girl with pretty dresses causing ripples across the college & of course, a very nice friend I have.
KINKINI is KOOL !!! 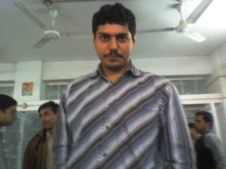 Kalyan says:
What do I have to say about Piyal?? Lots’n’lots of Sexy and Trust-worthy stars… two mind blowing testimonials and a glittering photograph. You meet the person and you know the only thing orkut is, is a holy crap. He is irritating enough to push at the brink of madness. The most non-punctual, miserly species, devoid of any potential ethical sense, and not to mention his idiotically cheap dress-sense. His passions – the cheapest music ever. His trademark – his illegible hand-writing.
But still I don’t know why he stands out to be one of my best friends ever and simply that makes him special.

My Take on Kalyan:
One of Biggest guys in our class, yet possessing one of the Simplest hearts I have ever come across. By the way, this website was somewhat inspired by his (pirated, if you will). He should also be credited for more than half of the older photographs that you see in this site.
Thanks a lot, Kalyan for all that, for all the fun we had together… In spite of all the “nice” things you have written above, someone once told me its one of the best and positive testimonies anyone can write you…
Whoever thinks whatever about you, you are rated as the Best in my book! 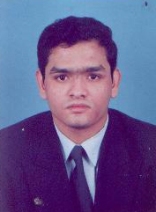 Abhirup says:
Its not easy to write a testimonial for Piyal (or Abhirup as we know him in his locality). As the guy has so many dimensions its not quite possible to elaborate on each. However attempting a one liner description , I’d say, having known him since we were toddlers, notwithstanding all the phases he’s gone through, he has become one of the finest persons I’ve ever known and a very worthwhile human being, which is the highest compliment I have to give hence not given lightly…..
Not that he doesn’t have his faults, but once you delve deep inside him and the goofy exterior he likes to keep up, you’ll find a genuine, warm, caring, loyal friend whose intentions are always pure with wisdom (not half as much as he thinks he has but still there nonetheless), strength and courage who’ll stick with you through thick and thin…
To sum up: a person you can always trust and depend on to be there for you always… Won’t touch on his intelligence and wit, seems to be enough testimonials to that!

My Take on Abhirup:
Out of all the people you see here, this is the person with whom I have been associated for the longest amount of time – Right from “Snow Drops Montessori House” to this date, he remains as one of my bestEST (if there is a word like that) friends (no matter where he is, no matter what he is doing today).
We have had opinion differences, we have fought over issues, we have even lost touch…
but still somewhere deep down always remain as close as ever.
I miss him like hell – Wish I could go to his house every evening and talk for hours standing in the road like we used to do – I just wish I could do that…

Pinaki says:
Piyal is one of the most decent, extremely well-behaved and caring buddy I have come across…. He requires no formal introduction for his goodness, his appearance and politeness justifiably reflects all good virtues in him… He makes a friend proud, and sets it as an example!…

My Take on Pinaki:
Our senior in college & later on, teacher for a few days; Pinaki Da was highly respected for his bouquet of talents and also his proactive ways. He is the “Ideal Guy” – my senior, my friend whom I look up to…

Shailesh says:
Its been about an year now since I have known Piyal. He is one extremely decent, respectful and honest chap. What sets him apart is his simplicity, which not many people seem to have. Keep up the good work. Wish you all the luck in life.

My Take on Shailesh:
Really don’t know what to say about this epitome of “Help”…
Shailesh Da was one of the most helpful seniors I had found in IMT and I have been guided by him right from the time I was searching for information about IMT to the first day in college where he put me at absolute ease in an otherwise alien place till today when I call him for any kind of career or other advise.

He is the kind of guy you can trust to be there with you – whatever dire straits you might be in, someone will seamlessly provide a solution to you. And heyiiii, he talks about how respectful I am – I’ll tell you something: Someone like Shailesh Da commands respect from anybody and everybody!
Mark my words when I say this: This hard-working good-natured guy will go a long way ahead in life!